There should be proper management of diseases like Cancer. It is one of the most deadly diseases which if not diagnosed at an early stage can also prove to be fatal. It is a group of diseases in which there is abnormal growth of tissues in which has the potential to invade other parts of the body. As the growth area will increase, the chances of survival will decrease. The best way to deal with Cancer is early Diagnosis. Health And Holidays helps you in fighting with cancer by connecting you to the best cancer treatment hospitals in India. There are different symptoms which indicate cancer. These symptoms differ according to the type of cancer and the body part which has been hit. Top cancer hospitals in India use the following diagnostic methods –

Lab tests – Lab tests of the blood, urine or other fluids measure high or low level of certain substances that can be a of cancer. They are an important diagnostic tool but not foolproof. Nuclear scan – a small amount of radioactive material is injected known as tracer. There is a machine called scanner which measure the radioactivity. It creates pictures of bones or organs and gets rid of radioactive substances in a quick span. Pet scan – In this test, you will receive an injection of a tracer. The collection of tracer is the body is shown as a 3-D picture. Biopsy – in some cases, doctors use biopsy to diagnose some types of cancer. A part of the tissue of the body is removed and looked under the microscope by a pathologist. This tissue sample is either removed by a needle or with an endoscope. Surgery may also be needed. Some of the best oncology hospitals in India use minimally invasive surgery methods for treating cancer. Some of the ways are – Laparoscopic surgery – this surgery is done with the help of a thin tube which is known as a laparoscope. Only small incisions are required which in dealing with cancer of Kidney, prostate and ovaries. Laser surgery – In this treatment, an optical fiber is inserted into a tumor. Then, a narrow beam of high intensity light is used to remove cancerous tissue from the body. Cryosurgery – cryosurgery is used to treat external tumors such as those which are present in the skin. Abnormal cells are killed off by freezing them with the help of liquid nitrogen. Endoscopy – endoscope is a thin flexible tube with an attached camera that allows the surgeon to see inside of the body. It may either be inserted into the mouth, rectum or vagina. Medical oncology Medical oncology treatment in India focuses on treatment of Cancer with the help of Chemotherapy, targeted therapy, immunotherapy and hormonal therapy. Under medical oncology, chemotherapy is the most common treatment option. In chemotherapy, cancer cells are stopped from dividing and growing with the help of drugs. One or combination of different drugs is given in order to do that. It either slows down the speed of dividing cells or completely killing them off. Immunotherapy and targeted therapy are two more components of medical oncology used by best cancer doctors in India. Radiation therapy In radiation therapy, high energy radiation is used to shrink the size of tumors and kill cancer cells. Some of the common types of radiation used are X-rays, gamma rays and charged particles. The main aim of radiation therapy is kill cancer cells by damaging their DNA. Charged particle can also be used within the cells to damage the DNA.

How to Modern Medications Reduce The Suffering of Cancer Patients? 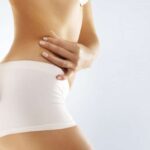 Why Mini Lipo Is it Better?

Using Hormone Replacement Therapy (HRT): What You Need To Know

ED Treatment Helps You Get A Maximum Erection Size

Why Mini Lipo Is it Better?

ED Treatment Helps You Get A Maximum Erection Size

Tips to Use Essential Oils in Your Garden