The choice is ultimately a personal one, but along with safe sex practices, communication along with your partner, and experimentation, you might discover your own opinions about swallowing ejaculate. Numerous sources are seen to claim that ingesting has health benefits; however, most of such benefits are seen coming from myths and misinterpretations of scientific studies.
Some urban legends involving semen have claimed it as an effective teeth whitener (just like arising from the fact that semen has relatively high levels of zinc), which is a good source of protein or a healthy nutrition supplement. It does not whiten teeth, and unless consumed in copious amounts, it is unlikely that consumption shall have any effect on dietary health. For those concerned, a typical ejaculate shall all contain only one or two Calories and less than half a gram of protein. One of the studies suggested that semen might act as an anti-depressant. When it absorbed gets into the vagina, while others have linked seminal exposure for lowering the risk of breast cancer and having a better health in general for heterosexual women. A hasty interpretation of such findings should be cautioned. These and numerous similar studies that are relied on statistical correlations between survey answers, which use various methods of contraception as a proxy for semen exposure, and might limited their analysis to heterosexual coitus. Alternative causal factors beyond the properties of semen might have been proposed, as numerous women who do not use condoms while planned lovemaking session might be in more satisfying, long-term relationships, which might use alternative contraception, or may receive more satisfying sexual stimulation for having better orgasms. As for the experience of homosexual men, that one might regularly be exposed to and swallow semen. Yet one must have statistically higher rates of depression, one study suggested that explanations of anti-depressant effects of semen might have to be exclusive to females. Such constraint should at least encourage for skepticism regarding the anti-depressant qualities that semen possesses. One final claim that supports and is more scientific is that exposure to the semen while pregnancy might benefit the success of the pregnancy. It does so by conditioning the immune system for being better tolerated. It has been claimed that this might extend to swallowing semen; however, some research is required for demonstrating the oral absorption of seminal components into the blood.

How To Treat Nightfall Problem In Men With Ayurvedic Remedies? 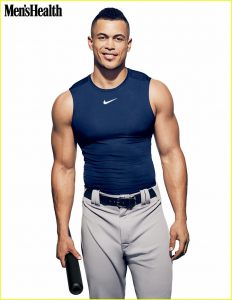 How Much do You Know Epididymitis?

Top Four Benefits of Working with a Professional Pest Controller

Gift Ideas for Loved Ones with Multiple Sclerosis

The proper reasons for Glaucoma